Who doesn't love a one-night stand?

Over the years we have often been asked, “Where does the V come from in hotel V?”

Every year on the 5th of May, we celebrate the liberation of the country with Bevrijdingsdag (Liberation Day).  (The day before, the 4th of May, is Remembrance Day, or Dodenherdenking, to honor those who lost their lives in wartime.)

This Bevrijdingsdag, we thought it was a fitting opportunity to bring that question up again.  What does the V stand for in hotel V?

Please allow us to explain…

The first ever hotel V was located on Victorieplein in Amsterdam’s Rivierenbuurt.  This was a 24-room boutique hotel, which was originally a B&B run by the Espinosa family.  In 2001, the Espinosa children- Tom and Jacqueline- took over the family business with their spouses and turned the B&B into one of the first boutique hotels in Amsterdam, the hotel V.

Where it all began: hotel V on Victorieplein (sold in 2009)

So the easiest way to explain it is that the “V” originally comes from that first location, Victorieplein.

But it runs a little bit deeper than that.

Victorieplein was originally called Daniël Willinkplein.  During World War II, in occupied Amsterdam, the square took an unfortunate part in the occupation. What was once a lively meeting point for the area became roundup spot for the Jewish inhabitants of the neighborhood before deportation to the camps. 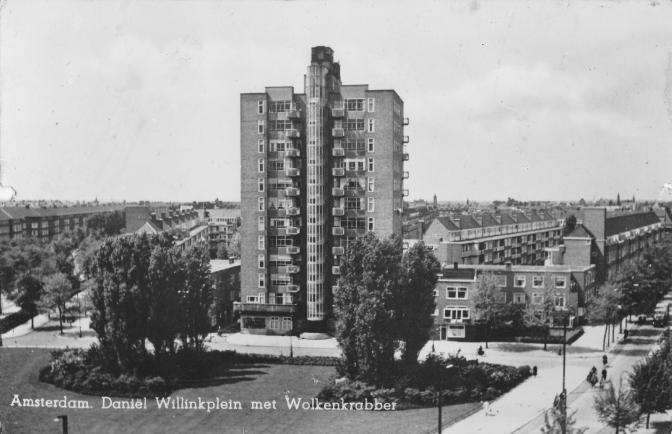 On May 5th, 1945, the Allies and the Germans signed an agreement that liberated the Netherlands from the Nazis. In celebration, the Allies marched down what is now called Churchilllaan and came to the Daniël Willinkplein.  Their arrival in war-weary Amsterdam was met with joy and celebration, as it signalled the end of years of struggle and the start of something new.  The square was renamed ‘Victorieplein’ (Victory Square) to commemorate this.

May 1945: Liberation for the Netherlands: the Allied Forces are happily welcomed in Amsterdam

So the V stands for “Victory”.  And when you make a V sign with your hands, it stands for, of course, the international symbol for “Peace”.

But also, in Dutch, “Vrijheid” (Freedom)- the freedom to be unapologetically who you want, an attitude that became the heart and soul of Amsterdam since World War II, and an attitude that hotel V embraces to the very core. 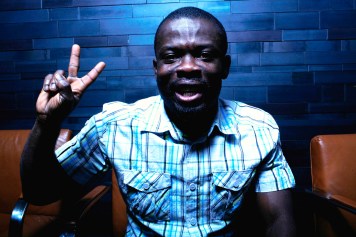 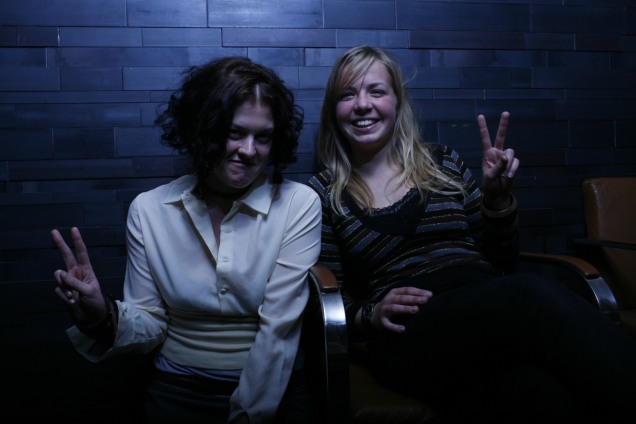 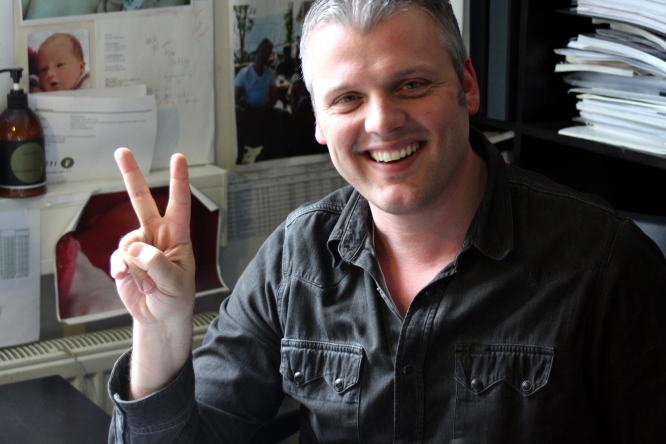 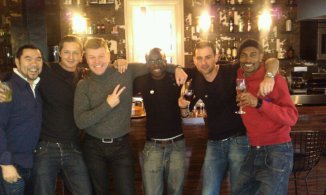 Tom celebrates the news of Tess’ birth with some other V fellas!

We owe a lot to Victorieplein.  Not just the setting of our very first hotel V, where it all began (sold in 2009).  But also the underlying current of our beloved city, that all-important message of freedom: to be who you want to be.

This is something that Amsterdam struggled with during WWII, and to this day still occasionally struggles with.  But at hotel V, we believe in the power of freedom, and we believe in Amsterdam.

One thought on “What does the “V” in Hotel V stand for?”